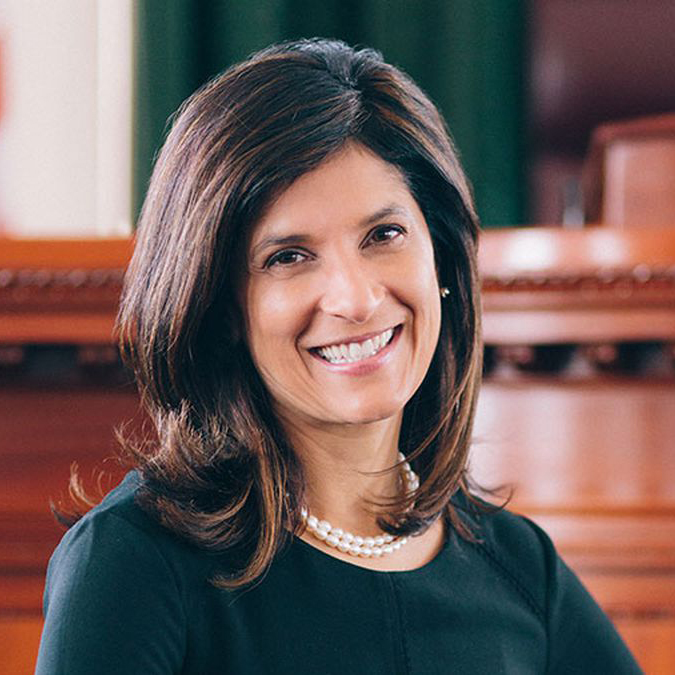 Sara Gideon is a proud mom, wife, sister, daughter and Speaker of the Maine House of Representatives. Throughout her time in public service, Sara has prioritized listening to Mainers and then working with others to get things done. Under governors of both parties, Sara has shown an ability to deliver results while standing up for Democratic values.

Sara is running for U.S. Senate because she believes it’s the job of an elected official to focus on the interests of the people they represent, not make back-room deals to benefit special interests and big-dollar donors.

As a member of her local town council, as a State Representative and now Speaker of the House, Sara has focused on using her office to improve the lives of Maine families. She has made expanding access to affordable healthcare a priority by helping pass a law that ensures insurance companies will never be able to discriminate against Mainers with pre-existing conditions and cracking down on pharmaceutical companies to increase drug pricing transparency and help control the cost of prescription drugs.

Sara has always stood up for a woman’s right to choose. As newly appointed Supreme Court justices threaten the future of Roe vs. Wade and state legislatures across the country pass laws banning abortion in almost all circumstances, Sara has led the fight to make sure women in Maine remain in control of their healthcare decisions.

Sara has been a leading voice in the legislature to deliver resources to combat Maine’s opioid epidemic. Sara’s work has been credited with giving law enforcement and families the tools they need to help save lives. When former Governor LePage vetoed Sara’s opioid legislation and mocked those suffering from the crisis, Sara did not back down. Instead, she brought Democrats and Republicans together to override that veto, and again put Maine first.